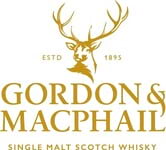 Gordon & Company is a whisky brand with a rich history dating back to the 19th century. The brand was founded by Alexander Gordon, a Scottish entrepreneur who established the Gordon & Company distillery in the heart of Scotland. The distillery quickly gained a reputation for producing high-quality whisky using traditional techniques and the finest ingredients.

Over the years, Gordon & Company has built a loyal following of whisky connoisseurs who appreciate the brand's commitment to quality and tradition. The distillery continues to use the same methods and recipes that Alexander Gordon developed over 150 years ago, resulting in a smooth and well-balanced whisky that has won numerous awards and accolades.

Today, Gordon & Company is known for its range of whiskies, including its flagship Gordon's Scotch, as well as other popular expressions such as Gordon's Gin and Gordon's Vodka. The brand has also expanded into other regions of the world, including the United States, where it continues to delight whisky enthusiasts with its unique and refined blends.

Despite its long history and global success, Gordon & Company remains dedicated to its Scottish roots and the whisky-making traditions that have made it one of the world's most respected and beloved brands.

The North of Scotland 1971 G&C, The Pearls of Scotland Rare Cask Selection Germany Exclusive, is a genuinely exceptional limited edition whisky with a total of 241 bottles produced. The first thing that stands out is the rich, golden color, which hints at the complexity and depth of flavor that lies within. On the nose, the whisky has a delicate and floral aroma with hints of honey and vanilla.

On the palate, the whisky is incredibly smooth and well-balanced, with a rich and complex flavor profile. A subtle spiciness with notes of oak, cinnamon, and ginger quickly follows the initial sweetness. The finish is long and lingering, with a slight hint of smoke and a hint of dark chocolate.

Overall, this truly exceptional whisky is sure to delight even the most discerning palates. The combination of the rare cask selection and the expert craftsmanship of the distillers at Gordon & Company results in a whisky that is truly one of a kind. Whether enjoyed on its own or as part of a cocktail, this is a whisky that is sure to impress.

Rare whisky The Macallan 1989 G&C, The Pearls of Scotland #17895, can please even the pickiest drinkers. This whisky has been bottled at a robust 46.5% ABV, and its deep amber hue suggests a wealth of nuanced taste.

The liquor has a light flowery scent on the nose with undertones of honey, vanilla, and lemon. This whiskey has a deep and complex taste profile on the tongue while yet being balanced and easy to drink. Oak, cinnamon, and ginger provide a background spice that balances the initial sweetness. There's a whiff of charcoal and dark chocolate in the lengthy aftertaste.

The G&C, The Pearls of Scotland Rare Cask Selection, features only the rarest and most prestigious barrels from the Macallan distillery, and this whiskey is no exception. This whiskey is a one-of-a-kind collectible and is highly sought after by connoisseurs of the spirit and collectors alike due to its uniquely numbered bottles. The limited edition whiskey was only made in 270 bottles.

As a whole, Macallan 1989 G&C The Pearls of Scotland #17895 is a remarkable whiskey that can dazzle even the most sophisticated taste buds. Its restricted supply and very nuanced taste profile make this whiskey an absolute must-try.

The Ardmore 2000 G&C, The Pearls of Scotland #3800228, is a highly sought-after whiskey that will satisfy even the most discriminating palates. This unique and limited edition whiskey boasts a rich, beautiful hue and a strong 54.6% ABV, hinting at the intricacy and depth of taste.

The whiskey has a woody and peaty scent on the nose, with traces of honey and vanilla. The taste characteristic is rich and convoluted, with a calm and subtle palate. The smokiness is accompanied by a gentle delicacy with oak, cinnamon, and ginger aromas. The finish is lengthy and persistent, with hints of smokiness and dark chocolate.

This whiskey is a member of the G&C The Pearls of Scotland Rare Cask Selection and is crafted with only the best and finest Ardmore distillery barrels. Each bottle is serially labeled, making it a real collector's item. This whiskey was only manufactured in 248 bottles, making it a unique edition. Don't pass up the chance to drink this superb whiskey.